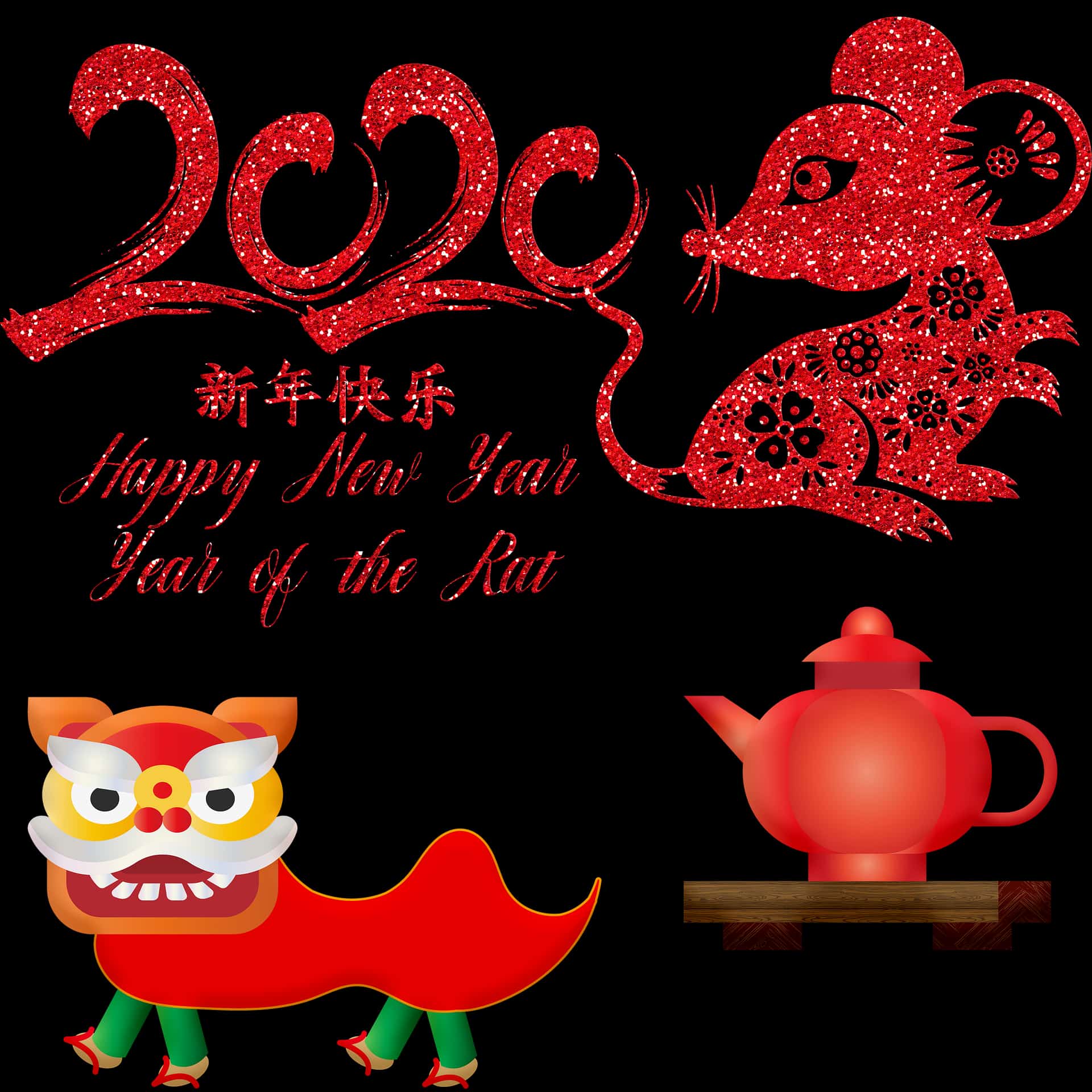 According to the legend of Jade Emperor’s party, the Rat tricked the Ox into carrying him, and as they arrived the Rat launched himself from the Ox landing in front to make him the first over the finish line, hence the Rat is the first sign in the Chinese Zodiac. In Chinese culture, the Rat is seen as a sign of wealth and abundance, and couples hoping for children are known to pray to the Rat due to their prolific reproduction.

People who are born under the year of the rat are said to be likable, optimistic and energetic. Keen to save and they are also known to hoard, however, they are kind and sensitive, with a clever mind and the ability to adapt to new environments.

This year, the Chinese New Year begins on Saturday 25th January lasting until Saturday 8th February, and is popularly celebrated throughout the world, not just in China, as the Spring Festival brings with it many customs and traditions to bring good luck and prosperity for the year ahead. We like to join in with the celebrations, even adding a little bit of glow to the festivities where we can. Check out our top picks for joining in with our craft ideas and tips below. 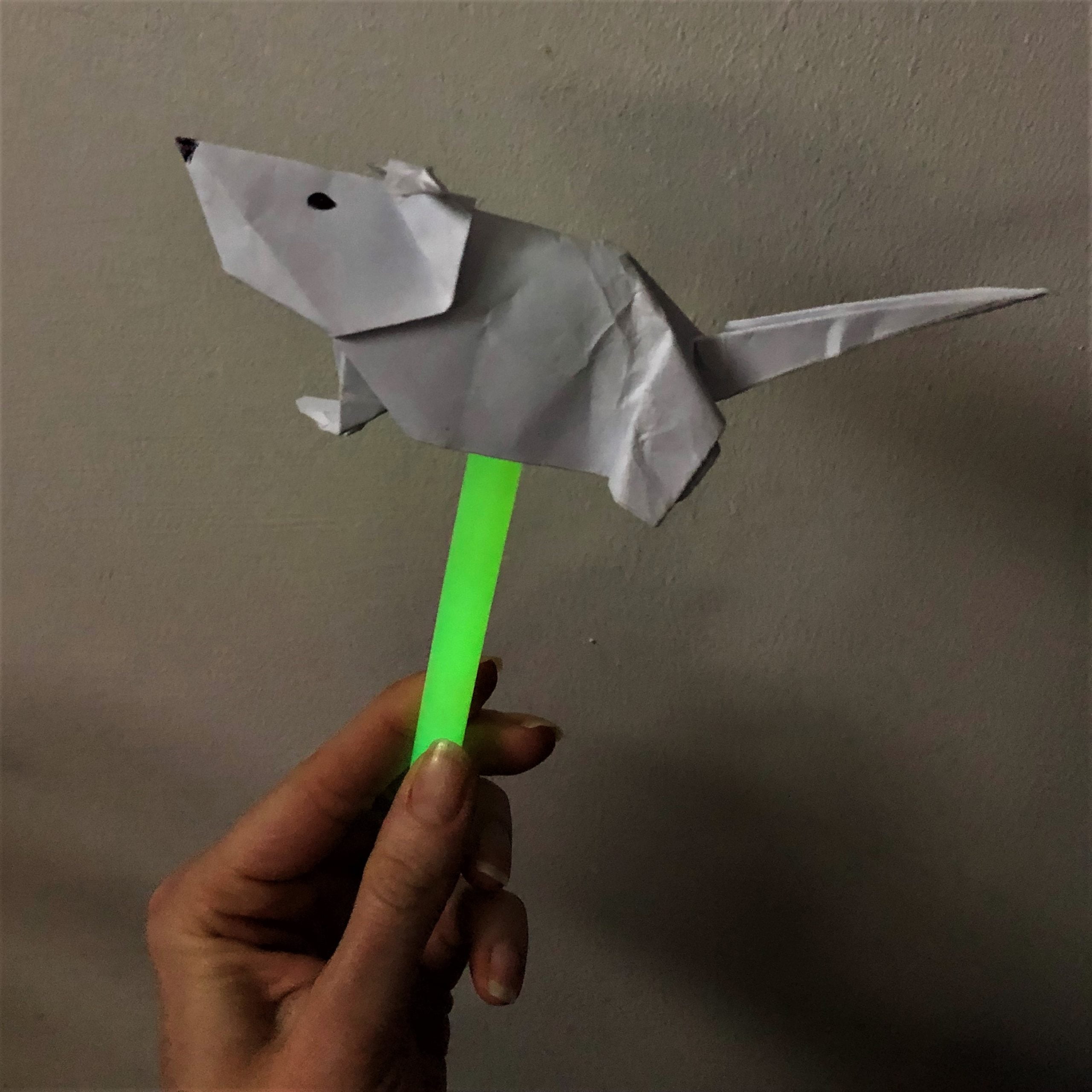 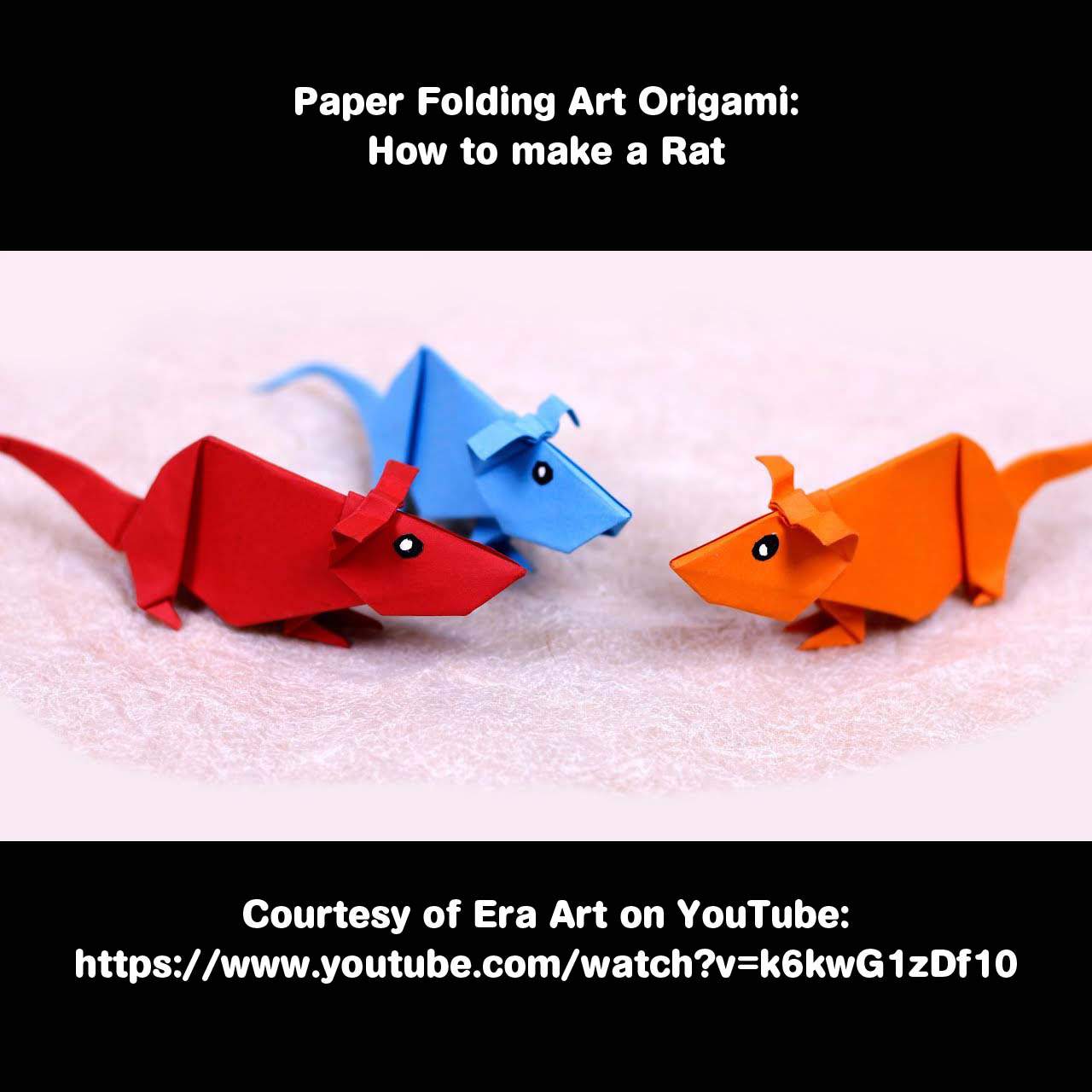 Last year we also made the traditional Chinese Lantern and added the Chinese word for the Pig – this year we have upgraded our design – we now have a complete downloadable and printable template to make this smart little Rat Lantern.

This craft is super easy, just click on the download link here or by clicking the image opposite. Download, open and print the 2 page document, and follow the very simple instructions on Page 1 of the template. Aside from the template, all you need is a glow stick (or an LED candle for displaying the lantern standing on a shelf or table), a bit of string (if you want the rat charms to dangle below the lantern), a pair of scissors, and sticky tape. We used one of our 6 inch Regular Glow Sticks.

Help your child to cut out all the pieces and use the sticky tape to assemble. To hang the glow stick inside, we used the included lanyard and attached it to the inside of the lantern. You can even attach the charms to the other end of the lanyard instead of using string. But don’t worry if you have misplaced your lanyards, you can simply sticky tape the glow inside the lantern, the effect works just the same.

Last year we made little Origami Pigs and turned them into wands with our 8 inch Glow Stick Bracelets. This was a really popular craft with schools and children’s groups, and a great way to use up your left over glow sticks from Halloween and Christmas parties.

So we set out to create an Origami Wand for this year, beginning with searching various tutorials from talented paper craft enthusiasts to find an Origami Rat we liked. Our favourite Rat Origami design was found on YouTube – its a little more complex than some others out there, but it is a rat, not the simpler mice origami that populated most of our searches.

So with special thanks to Era Art over at YouTube for this great tutorial. To Transform your paper rat into a glowing wand, you’ll only need a glow stick – either a 8 inch bracelet, or one of the 6 or 12 inch Glow Sticks – and a bit of sticky tape, and attach the stick to the underbelly of the rat. We used a 6 inch Regular Glow Stick to make our wand this year. 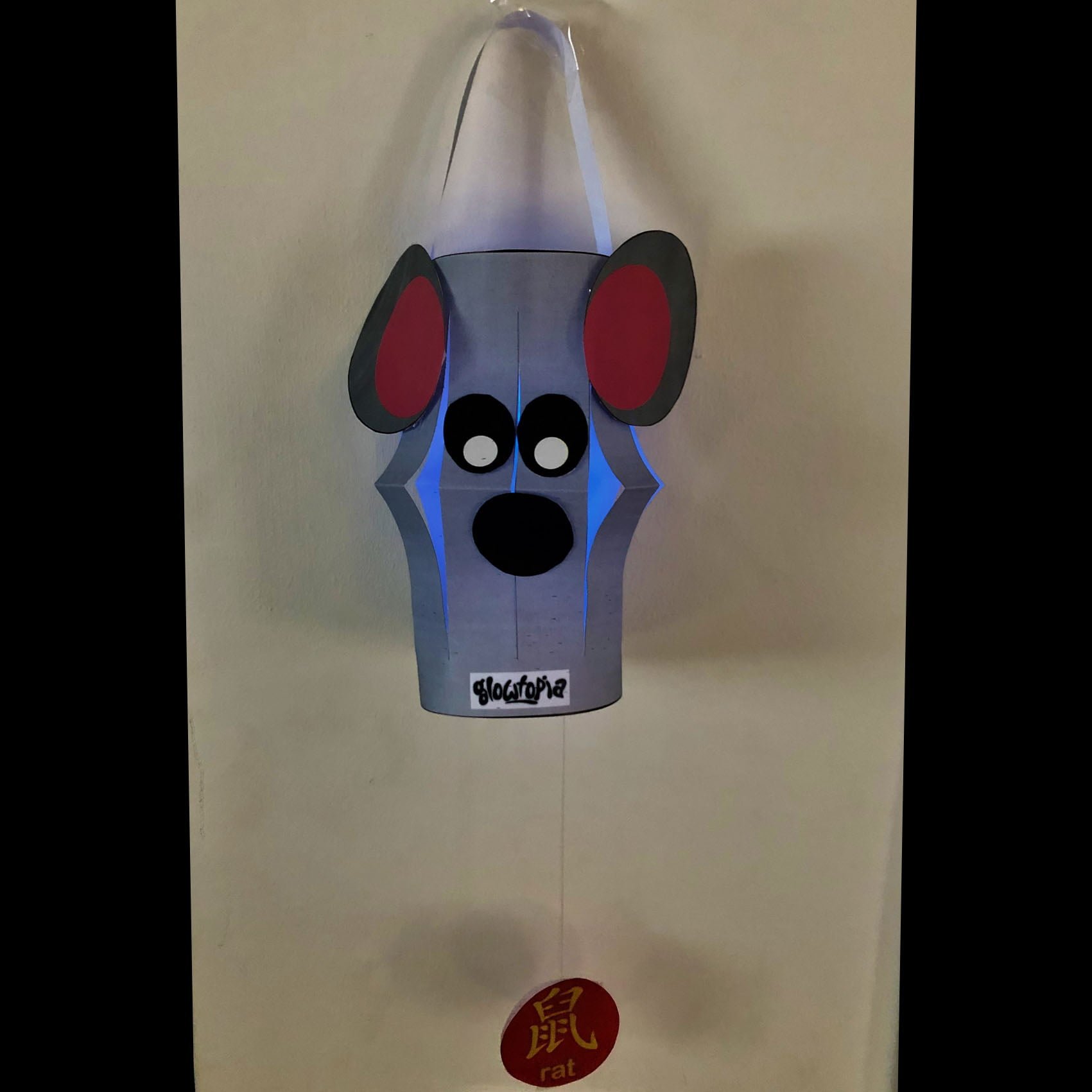 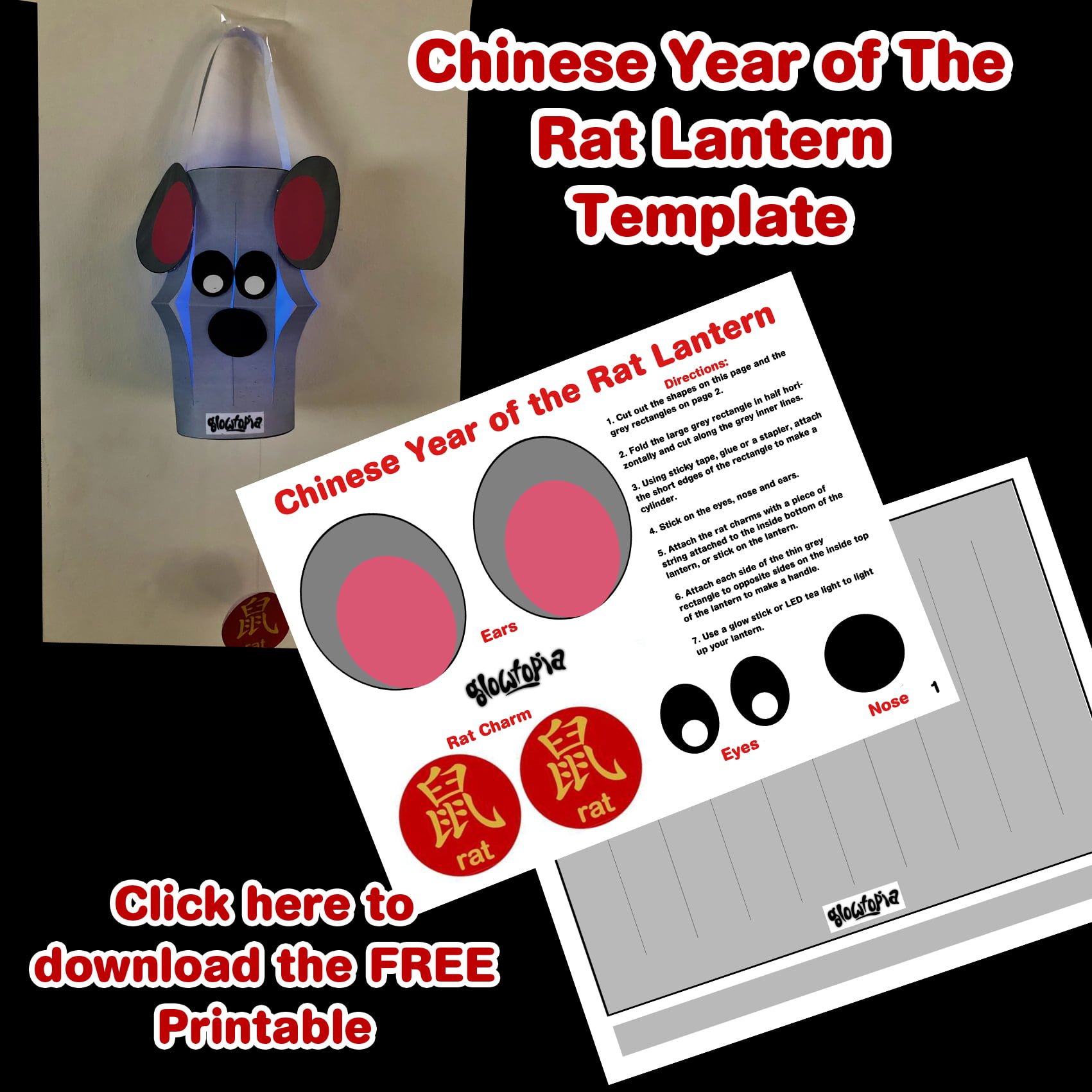 So if you’re going to join in with us here at Glowtopia with a little Chinese Spring Festival of your own to celebrate the Rat, we hope you have a lot of fun. If you create any of our craft ideas we would love to see them, so please feel free to share your pictures on our Social Media Pages, or drop us an email to media@glowtopia.co.uk