Glow sticks are wonders of the universe aren’t they? Who cares about the great wall of China, the Horsehead Nebula, the Northern Lights or Donald Trump’s hair, when you’ve got glow sticks?

If you aren’t yet convinced that glow sticks are something that should definitely be discussed in a Brian Cox podcast, check out these 10 things you never knew about glow sticks to be amazed: 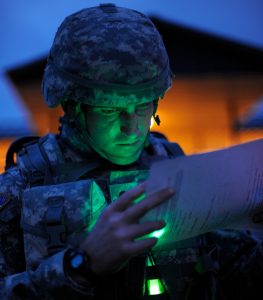 In the 1960’s the Sailing Branch of the military started researching how different chemicals react to create a light source. The blended different chemicals to create a special reaction which brought glow sticks into fruition. They were developed for use in lots of different aspects of the military, from experimental bombs, to creating targets for airstrikes. They were also a much more safe alternative to the traditional flare.

When glow sticks are used in emergency situations, green and yellow are the colours used because they give off the brightest light, this is closely followed by orange glow sticks which is the third brightest glow stick colour.

3. Glow sticks are the only safe light source to use in a catastrophe

4. The way a glow stick gets its light is via a cool name

5. Glow sticks can have a shelf life of two years before they have to be used

How long a glow stick lasts on the shelf depends on how it is stored and how it is packaged. They are supposed to be kept in cool, dry conditions and if they aren’t, and are kept in say, a damp environment, they will go ‘out of date’ a lot quicker. Green glow sticks also have a longer shelf life than red glow sticks, but all tend to last up to two years if stored and packaged properly.

6. There is a dance associated with glow sticks called glowsticking!

7. A glow stick doesn’t get hot when it lights up

Hence the reason it is used as a safe alternative to heat-emitting forms of light.

So the safety uses of a glow stick extend far beyond land, hence why scuba divers use them.

9. There are tons of different uses for glow sticks

They are used in night time sports, they are used as emergency lighting in lots of situations, they are used for glow wars at festivals, as jewellery, to light walkways on temporary paths, as decorations – there’s always a new use for pretty lighting right?

10. You can speed up or slow down the effect of a glow stick

We hope you have been truly wowed and astonished by our magnificent glow stick facts. We hope to see you glowstringing soon!